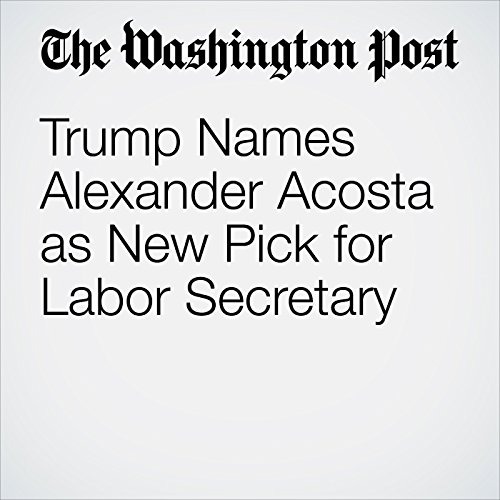 A day after the dramatic exit of one of his Cabinet nominees, President Trump on Thursday named former U.S. attorney Alexander Acosta as his next pick for labor secretary.

"Trump Names Alexander Acosta as New Pick for Labor Secretary " is from the February 16, 2017 Politics section of The Washington Post. It was written by Jonnelle Marte and narrated by Sam Scholl.