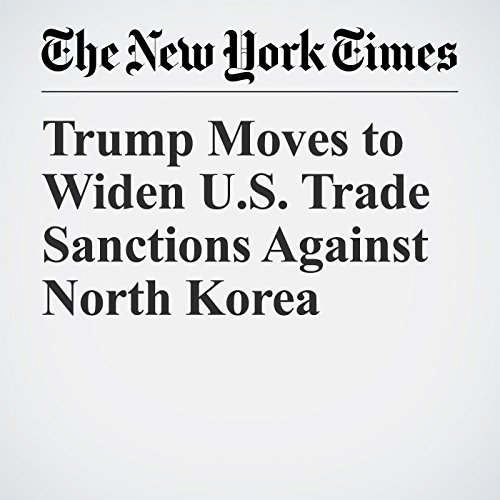 President Donald Trump ordered a widening of U.S. sanctions on North Korea on Thursday to further choke off its trade with the outside world, in what some experts described as perhaps the most sweeping set of punitive economic measures enacted by the United States in many years.

"Trump Moves to Widen U.S. Trade Sanctions Against North Korea" is from the September 21, 2017 World section of The New York Times. It was written by Peter Baker and Somini Sengupta and narrated by Barbara Benjamin-Creel.