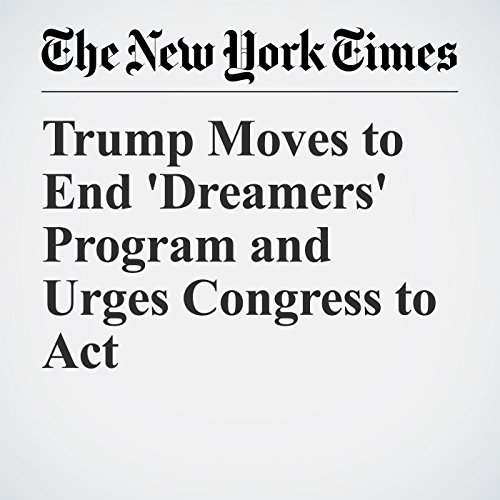 President Donald Trump on Tuesday ordered an end to the Obama-era executive action that shields young people in the country illegally from deportation, calling the program an “amnesty-first approach” and urging Congress to replace it with legislation before it begins phasing out on March 5, 2018.

"Trump Moves to End 'Dreamers' Program and Urges Congress to Act" is from the September 05, 2017 U.S. section of The New York Times. It was written by Michael D. Shear and Julie Hirschfeld Davis and narrated by Keith Sellon-Wright.