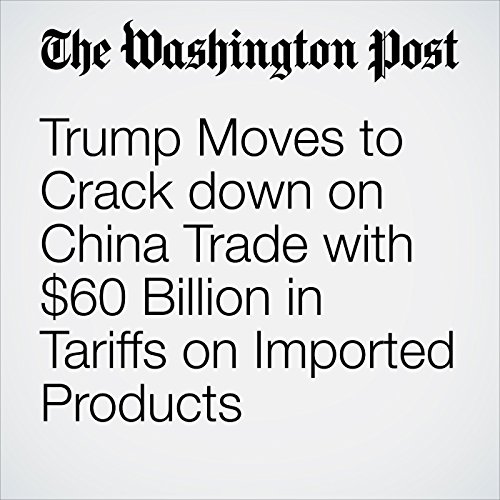 President Trump took the first steps toward imposing tariffs on $60 billion in Chinese goods and limiting China’s ability to invest in the U.S. technology industry Thursday, saying the moves were a response to Beijing’s history of forcing U.S. companies to surrender their trade secrets to do business in China.

"Trump Moves to Crack down on China Trade with $60 Billion in Tariffs on Imported Products" is from the March 22, 2018 Business section of The Washington Post. It was written by David J. Lynch and narrated by Sam Scholl.