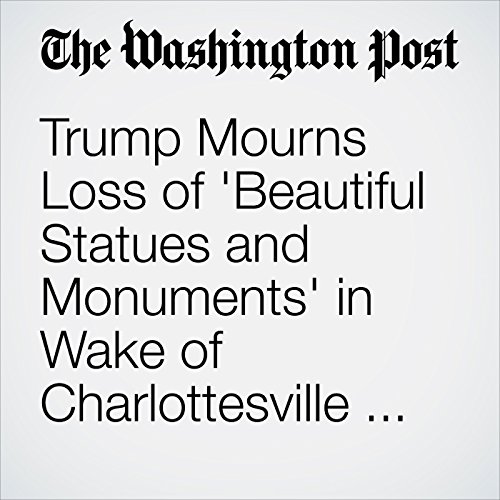 President Trump on Thursday mourned the loss of “beautiful statues and monuments” in the wake of the violent clashes in Charlottesville during a white supremacist demonstration protesting the planned removal of a statue depicting Confederate military commander Robert E. Lee.

"Trump Mourns Loss of 'Beautiful Statues and Monuments' in Wake of Charlottesville Rally Over Robert E. Lee Statue" is from the August 17, 2017 Post Politics section of The Washington Post. It was written by David Nakamura and narrated by Sam Scholl.