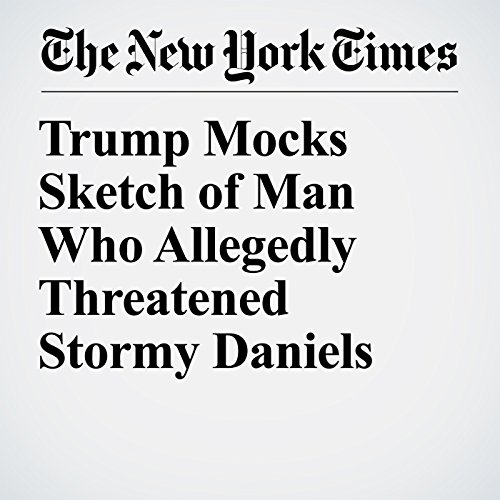 President Donald Trump turned to Twitter early Wednesday to dismiss the sketch of the man a pornographic actress claims threatened her years ago on his behalf. It was just the second time the president weighed in on the subject after weeks of frenzied news media coverage.

"Trump Mocks Sketch of Man Who Allegedly Threatened Stormy Daniels" is from the April 18, 2018 U.S. section of The New York Times. It was written by Eileen Sullivan and narrated by Keith Sellon-Wright.