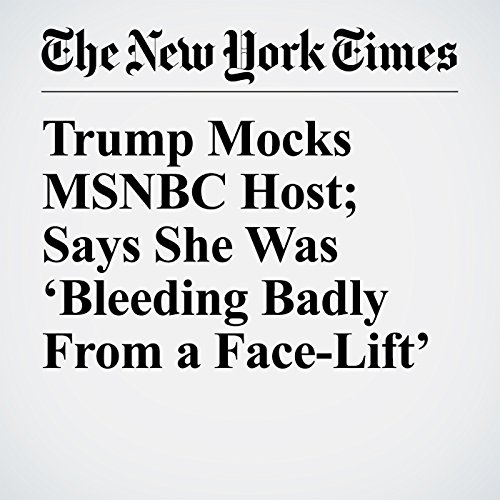 President Donald Trump on Thursday assailed the television host Mika Brzezinski in unusually personal and vulgar terms, the latest of a string of escalating attacks by the president on the national news media.

"Trump Mocks MSNBC Host; Says She Was ‘Bleeding Badly From a Face-Lift’" is from the June 29, 2017 Business section of The New York Times. It was written by Michael M. Grynbaum and narrated by Kristi Burns.