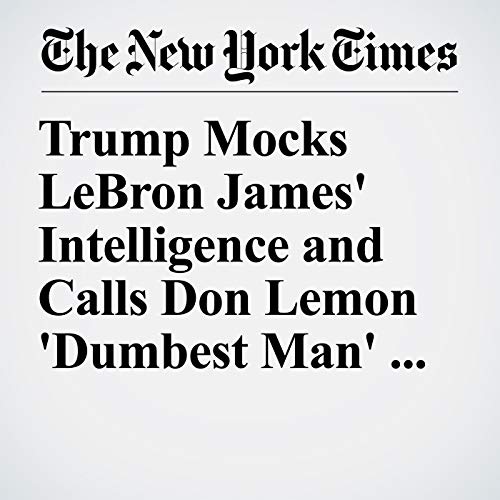 President Donald Trump lashed out at basketball star LeBron James in a scathing attack on Twitter on Friday night after James criticized the president in an interview on CNN.

"Trump Mocks LeBron James' Intelligence and Calls Don Lemon 'Dumbest Man' on TV" is from the August 04, 2018 Sports section of The New York Times. It was written by Christina Caron and narrated by Keith Sellon-Wright.