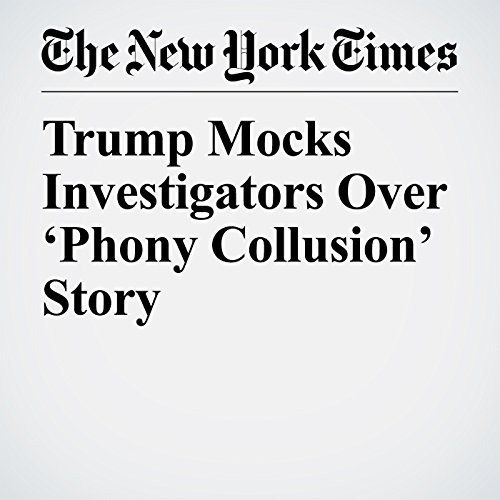 President Donald Trump on Thursday mocked federal investigators for making up a “phony collusion with the Russians story” amid new reports that Robert Mueller, the special counsel, is looking into whether Trump tried to obstruct justice in the case.

"Trump Mocks Investigators Over ‘Phony Collusion’ Story" is from the June 15, 2017 U.S. section of The New York Times. It was written by Michael D. Shear and narrated by Barbara Benjamin-Creel.