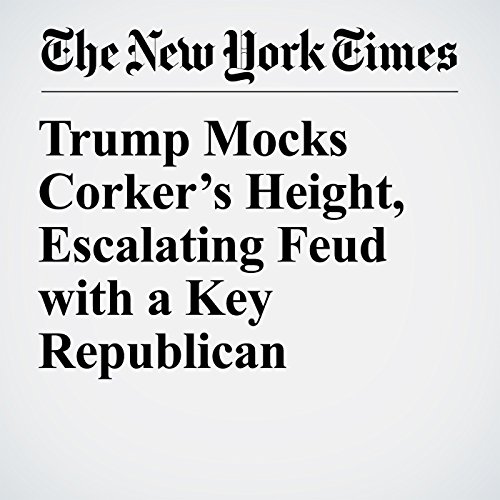 President Donald Trump escalated his attack on Sen. Bob Corker on Tuesday by ridiculing him for his height, even as advisers worried that the president was further fracturing his relationship with congressional Republicans just a week before a vote critical to his tax cutting plan.

"Trump Mocks Corker’s Height, Escalating Feud with a Key Republican" is from the October 10, 2017 U.S. section of The New York Times. It was written by Peter Baker and narrated by Keith Sellon-Wright.