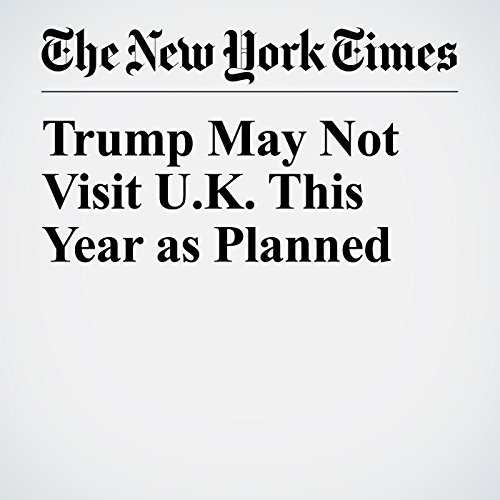 Trump May Not Visit U.K. This Year as Planned

President Donald Trump is considering scrapping or postponing a planned visit to Britain later this year amid a billowing backlash over comments he made after the recent terrorist attack in London, two administration officials said.

"Trump May Not Visit U.K. This Year as Planned" is from the June 11, 2017 International section of The New York Times. It was written by Glenn Thrush and narrated by Keith Sellon-Wright.