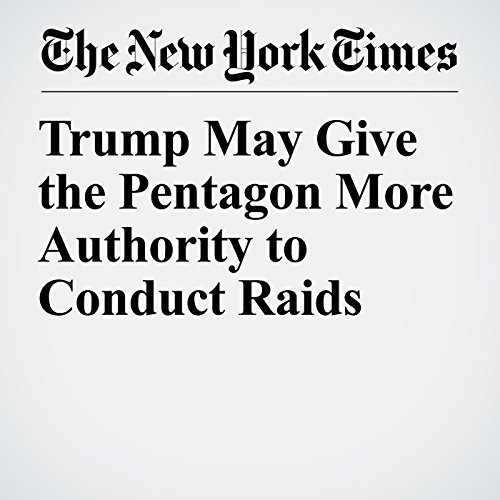 The White House is considering giving the Pentagon more independent authority to conduct counterterrorism raids as part of an effort to accelerate the fight against the Islamic State and other militant organizations, administration officials said on Thursday.

"Trump May Give the Pentagon More Authority to Conduct Raids" is from the March 02, 2017 World section of The New York Times. It was written by Helene Cooper and Eric Schmitt and narrated by Kristi Burns.