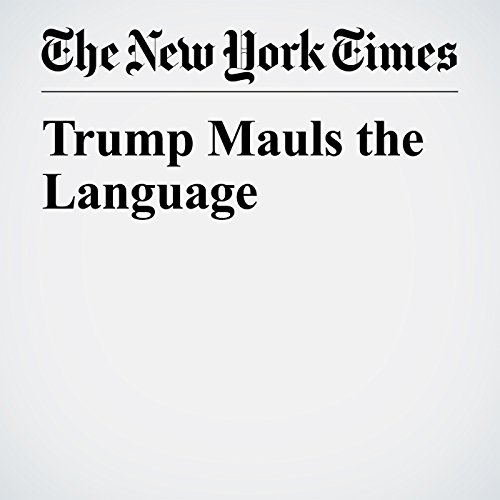 I know that there are things of graver consequence in Donald Trump’s regime than his diction, but as a person whose vocation concerns him with language, I am simply appalled by Trump’s savage mauling of that language.

"Trump Mauls the Language" is from the July 16, 2017 Opinion section of The New York Times. It was written by Charles M. Blow and narrated by Kristi Burns.