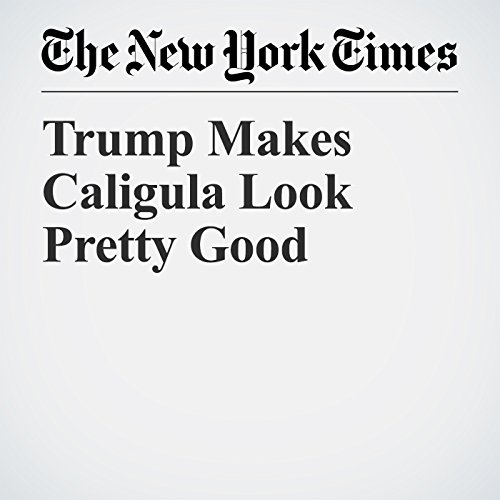 Even before the media obsession with Hillary Clinton’s email server put The Worst President Ever(TM) in the White House, historians were comparing Donald Trump to Caligula, the cruel, depraved Roman emperor who delighted in humiliating others, especially members of the empire’s elite. But seven months into the Trump administration, we can see that this comparison was unfair.

"Trump Makes Caligula Look Pretty Good" is from the August 17, 2017 Opinion section of The New York Times. It was written by Paul Krugman and narrated by Mike DelGaudio.