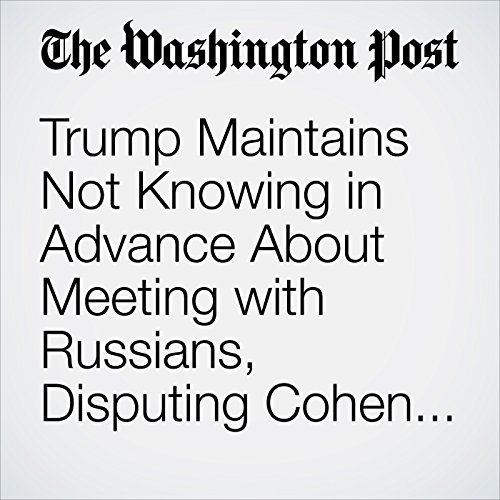 President Trump on Friday issued a fresh rebuttal against his former personal attorney, Michael Cohen, maintaining that he did not know in advance about a June 2016 meeting in which Russians had promised to provide dirt on Hillary Clinton.

"Trump Maintains Not Knowing in Advance About Meeting with Russians, Disputing Cohen Claim" is from the July 27, 2018 Politics section of The Washington Post. It was written by Tom Hamburger, Robert Costa and Felicia Sonmez and narrated by Jenny Hoops.