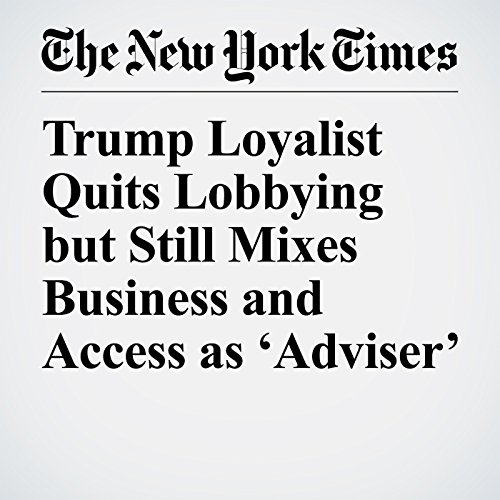 Three months ago, Corey Lewandowski, President Donald Trump’s first campaign manager, quit a new Washington lobbying firm he had helped start after the election, amid scrutiny over his firm’s clients and his extraordinary access to Trump. But Lewandowski’s departure from the influence business did not last long.

"Trump Loyalist Quits Lobbying but Still Mixes Business and Access as ‘Adviser’" is from the August 01, 2017 U.S. section of The New York Times. It was written by Nicholas Confessore and Kenneth P. Vogel and narrated by Keith Sellon-Wright.