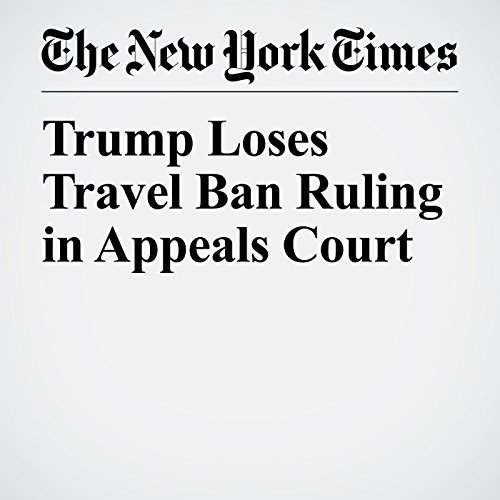 A second federal appeals court Monday ruled against President Donald Trump’s revised travel ban. The decision, from the U.S. Court of Appeals for the 9th Circuit, in San Francisco, was the latest in a string of court rulings rejecting the administration’s efforts to limit travel from several predominantly Muslim countries.

"Trump Loses Travel Ban Ruling in Appeals Court" is from the June 12, 2017 U.S. section of The New York Times. It was written by Adam Liptak and narrated by Keith Sellon-Wright.