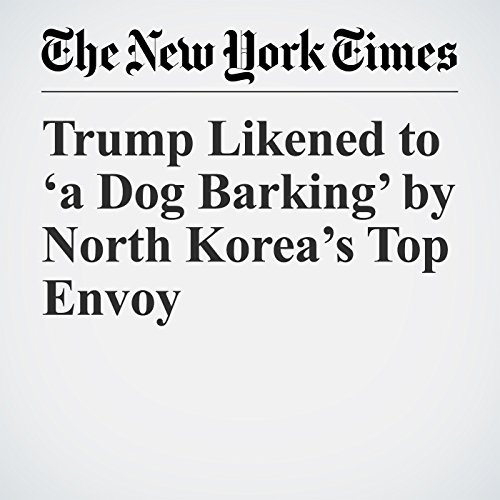 North Korea’s foreign minister likened President Donald Trump to a “dog barking,” ridiculing the U.S. leader for threatening to “totally destroy” his country if it persists in its nuclear and missile threats.

"Trump Likened to ‘a Dog Barking’ by North Korea’s Top Envoy" is from the September 21, 2017 World section of The New York Times. It was written by Choe Sang Hun and narrated by Kristi Burns.