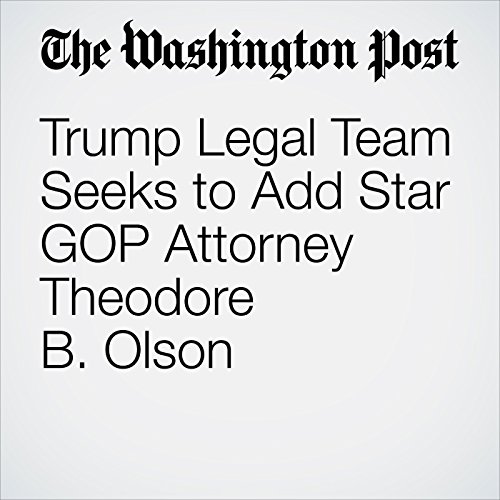 President Trump’s legal team has reached out to Theodore B. Olson, one of the country’s most high-profile and seasoned litigators, to join forces amid mounting challenges in the probe of Russian interference in the 2016 election, according to three people familiar with the discussions.

"Trump Legal Team Seeks to Add Star GOP Attorney Theodore B. Olson" is from the March 20, 2018 Politics section of The Washington Post. It was written by Robert Costa, Carol D. Leonnig and narrated by Sam Scholl.