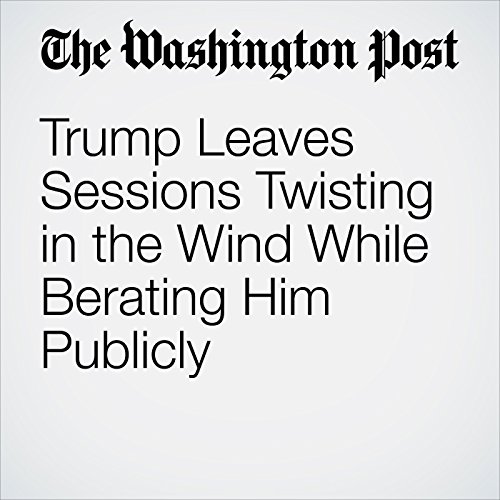 President Trump and his advisers are privately discussing the possibility of replacing Attorney General Jeff Sessions, and some confidants are floating prospects who could take his place were he to resign or be fired, according to people familiar with the talks.

"Trump Leaves Sessions Twisting in the Wind While Berating Him Publicly" is from the July 25, 2017 National Security section of The Washington Post. It was written by Sari Horwitz, Matt Zapotosky and Robert Costa and narrated by Sam Scholl.