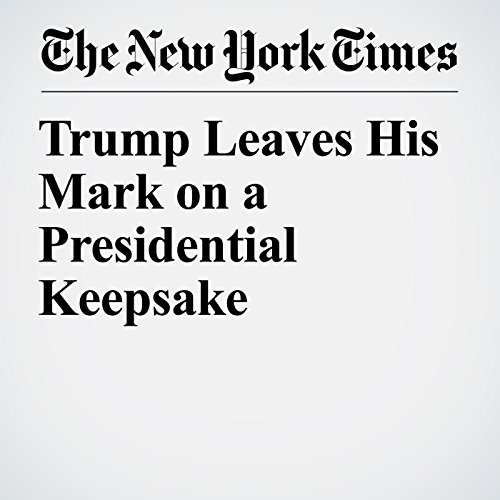 Trump Leaves His Mark on a Presidential Keepsake

Since Bill Clinton occupied the White House, the commemorative medallions known as challenge coins have been stately symbols of the presidency coveted by the military, law enforcement personnel and a small circle of collectors.Then came Donald Trump.

"Trump Leaves His Mark on a Presidential Keepsake" is from the June 24, 2018 U.S. section of The New York Times. It was written by Kenneth P. Vogel and narrated by Keith Sellon-Wright.