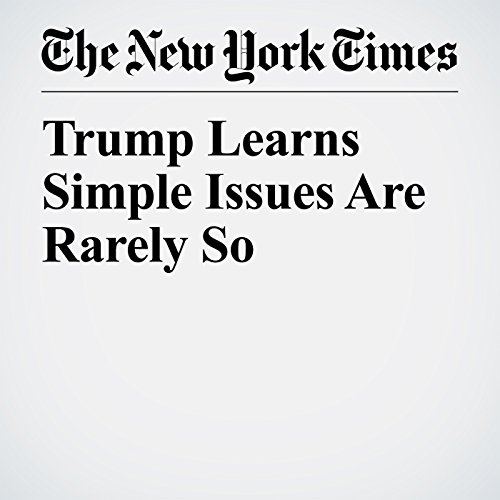 For President Donald Trump, the road to changing his mind on China included a discussion with corporate executives in the State Dining Room of the White House in February. When the conversation turned to China’s currency, the executives had a simple message for the president: You’re wrong.

"Trump Learns Simple Issues Are Rarely So" is from the April 14, 2017 U.S. section of The New York Times. It was written by Peter Baker and narrated by Caroline Miller.