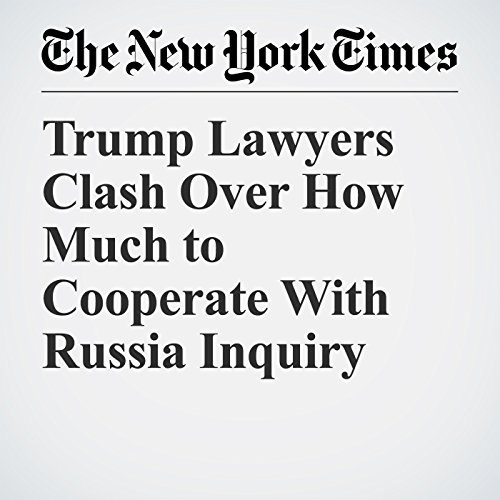 President Donald Trump’s legal team is wrestling with how much to cooperate with the special counsel looking into Russian election interference, an internal debate that led to an angry confrontation last week between two White House lawyers and that could shape the course of the investigation.

"Trump Lawyers Clash Over How Much to Cooperate With Russia Inquiry" is from the September 17, 2017 U.S. section of The New York Times. It was written by Peter Baker and Kenneth P. Vogel and narrated by Keith Sellon-Wright.