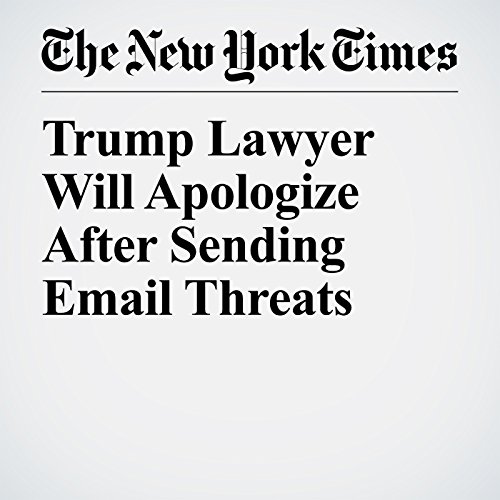 Marc E. Kasowitz, President Donald Trump’s personal lawyer, said on Thursday that he would apologize for a series of threatening and profane emails he sent to a stranger who had suggested that he resign.

"Trump Lawyer Will Apologize After Sending Email Threats" is from the July 13, 2017 U.S. section of The New York Times. It was written by Sharon Lafraniere and narrated by Barbara Benjamin-Creel.