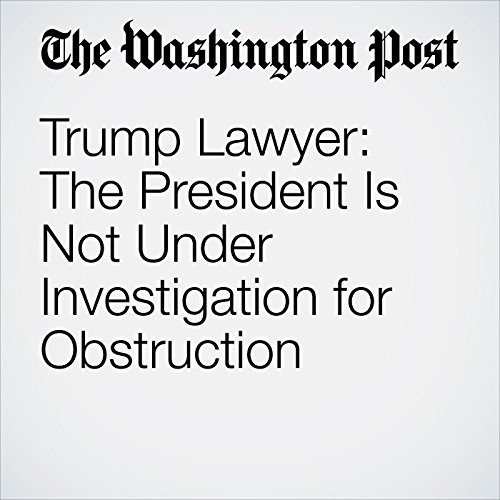 A member of President Trump’s legal team said Sunday that Trump is not under investigation by the special counsel, anassessment at odds with a Washington Post report last week and seemingly with a tweet by Trump himself on Friday.

"Trump Lawyer: The President Is Not Under Investigation for Obstruction" is from the June 18, 2017 National section of The Washington Post. It was written by John Wagner and Rosalind S. Helderman and narrated by Sam Scholl.

Cosa pensano gli ascoltatori di Trump Lawyer: The President Is Not Under Investigation for Obstruction