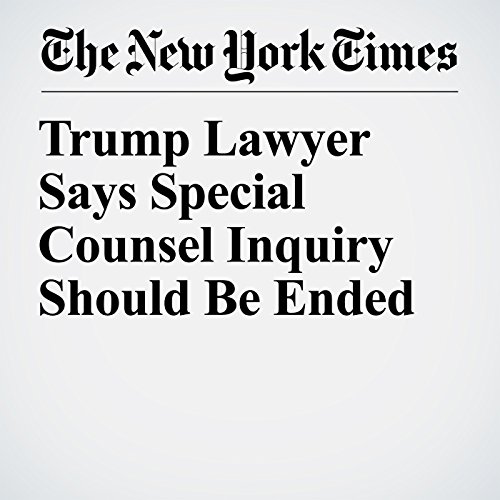 A lawyer for President Donald Trump called on the Justice Department on Saturday to end the special counsel investigation into ties between Russia and the Trump campaign, shifting abruptly to a more adversarial stance as the inquiry appeared to be intensifying.

"Trump Lawyer Says Special Counsel Inquiry Should Be Ended" is from the March 17, 2018 U.S. section of The New York Times. It was written by Michael S. Schmidt and Maggie Haberman and narrated by Keith Sellon-Wright.