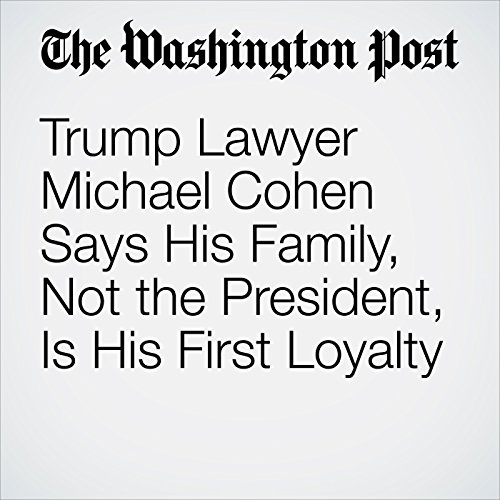 President Trump’s longtime lawyer and fixer Michael Cohen signaled in a new interview a willingness to cooperate with federal prosecutors, even if doing so undercuts the interests of the president.

"Trump Lawyer Michael Cohen Says His Family, Not the President, Is His First Loyalty" is from the July 02, 2018 Politics section of The Washington Post. It was written by John Wagner and narrated by Sam Scholl.