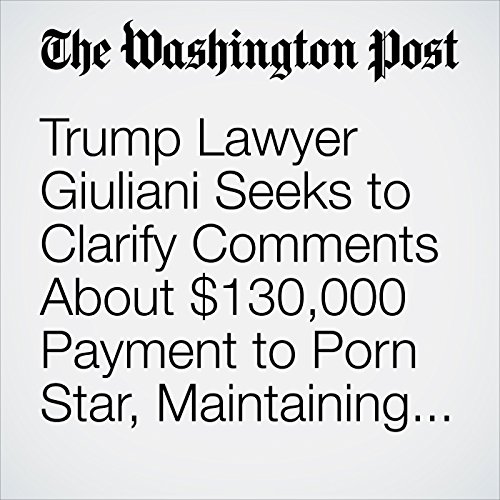 In a statement Friday, Rudolph Giuliani said the October 2016 settlement was made to protect President Trump’s family and “would have been done in any event, whether he was a candidate or not.”