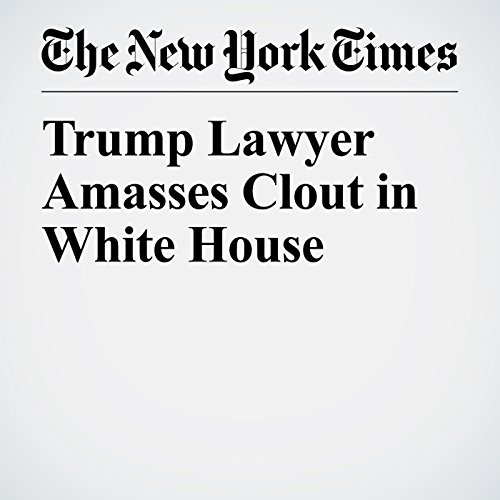 A new figure has swept through the West Wing lately, a man with silver hair combed back across his head, rimless glasses perched on his nose, a white handkerchief tucked neatly into his suit pocket, a taste for legal pugilism and an uncertain role in a building confronted by a host of political and legal threats.

"Trump Lawyer Amasses Clout in White House" is from the June 11, 2017 U.S. section of The New York Times. It was written by Rebecca R. Ruiz and Sharon Lafraniere and narrated by Keith Sellon-Wright.