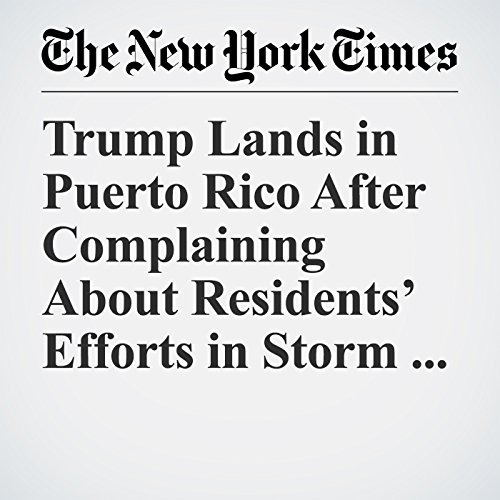 President Donald Trump landed in storm-ravaged Puerto Rico Tuesday, embarking on a politically sensitive visit that comes after an ugly spat between him and a local official over the adequacy of the federal government’s response to Hurricane Maria.

"Trump Lands in Puerto Rico After Complaining About Residents’ Efforts in Storm Recovery" is from the October 03, 2017 U.S. section of The New York Times. It was written by Mark Landler and narrated by Keith Sellon-Wright.