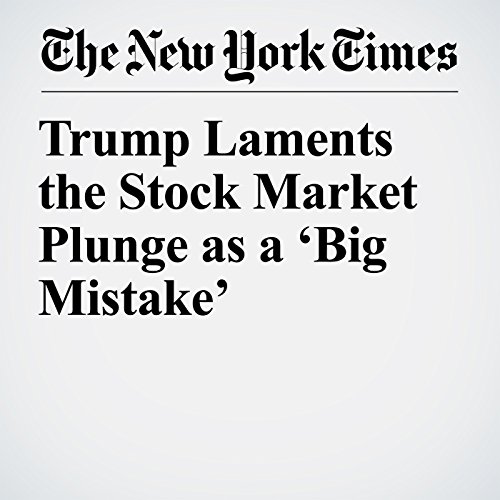 Trump Laments the Stock Market Plunge as a ‘Big Mistake’

President Donald Trump, who has taken credit for a rising stock market as a measure of his own success, complained on Twitter Wednesday that “good (great) news” in the economy led to an abrupt decline in stock prices, his first comments about the stock market since its sharp drop earlier this week.

"Trump Laments the Stock Market Plunge as a ‘Big Mistake’" is from the February 07, 2018 Business section of The New York Times. It was written by Michael D. Shear, Alan Rappeport and narrated by Kristi Burns.