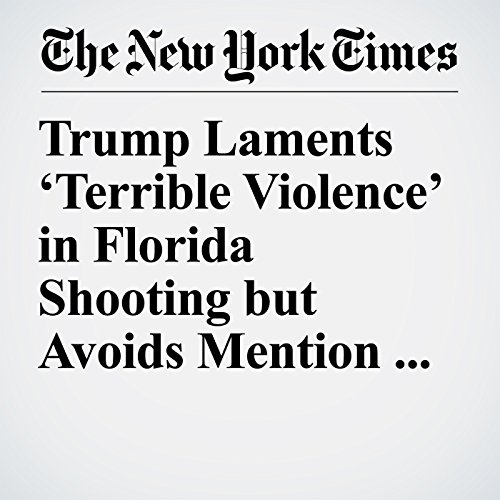 President Donald Trump said Thursday that he would make school safety a top priority when he meets with the nation’s governors later this month, following one of the deadliest school shootings in modern U.S. history.

"Trump Laments ‘Terrible Violence’ in Florida Shooting but Avoids Mention of Gun Control" is from the February 15, 2018 U.S. section of The New York Times. It was written by The New York Times and narrated by Keith Sellon-Wright.