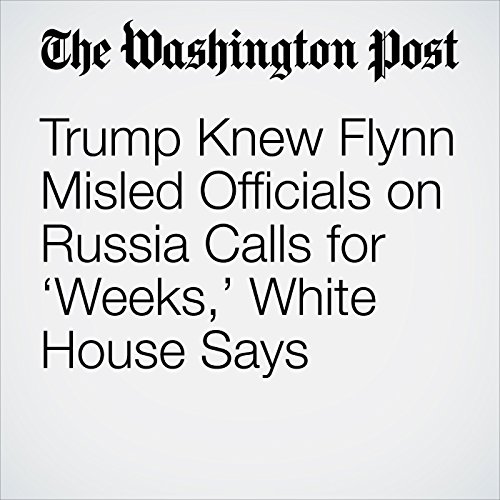 President Trump was aware for "weeks" that his national security adviser, Michael Flynn, had misled White House officials and Vice President Pence about his talks with the Russian ambassador before Flynn was forced to resign on Monday night.

"Trump Knew Flynn Misled Officials on Russia Calls for ‘Weeks,’ White House Says" is from the February 14, 2017 Politics section of The Washington Post. It was written by Abby Phillip and narrated by Sam Scholl.