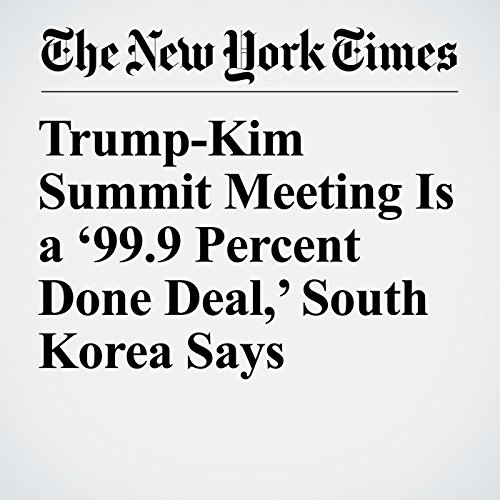 SEOUL, South Korea — Confronting growing doubts about whether a planned meeting between President Donald Trump and Kim Jong Un, North Korea’s leader, would take place, a South Korean official said Monday that there was a “99.9 percent” chance of it happening.

"Trump-Kim Summit Meeting Is a ‘99.9 Percent Done Deal,’ South Korea Says" is from the May 22, 2018 World section of The New York Times. It was written by Choe Sang Hun and narrated by Kristi Burns.