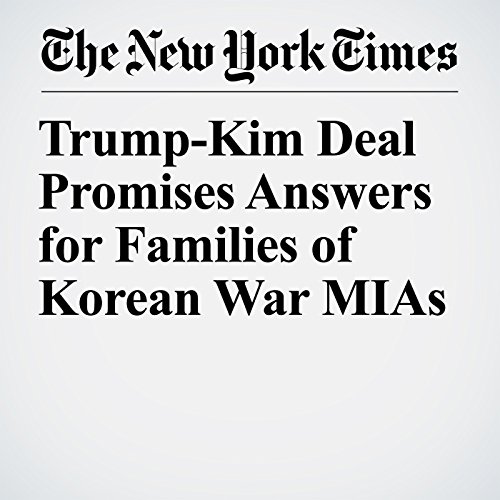 Air Force Lt. Hal Downes’ B-26 bomber was on a nighttime run over North Korea when it went down in 1952. Did he die in the crash? Was he captured? His family never knew.

"Trump-Kim Deal Promises Answers for Families of Korean War MIAs" is from the June 15, 2018 World section of The New York Times. It was written by Dave Philipps and narrated by Fleet Cooper.