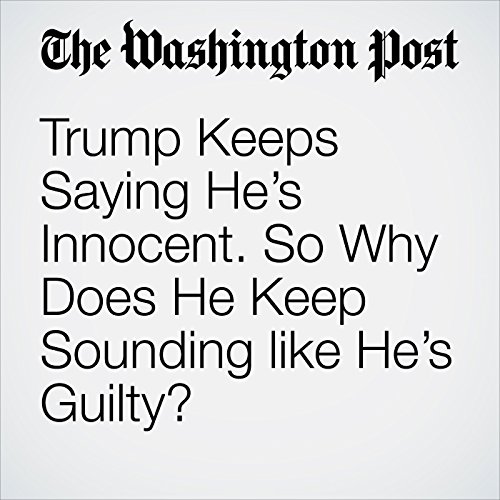 As concern grew inside his orbit that Michael Cohen might become a cooperating witness to federal investigators, President Trump issued a declaration about his longtime personal lawyer and fixer.

"Trump Keeps Saying He’s Innocent. So Why Does He Keep Sounding like He’s Guilty?" is from the April 24, 2018 Politics section of The Washington Post. It was written by Philip Rucker and narrated by Sam Scholl.