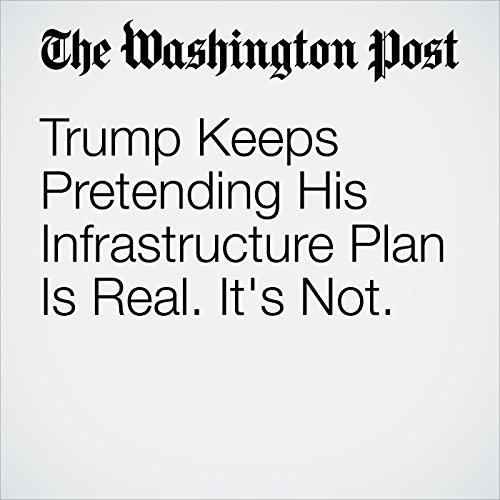 President Trump's "$1 trillion infrastructure plan” isn't $1 trillion and it isn't a plan. It's a $200 billion plan to have a plan that hasn't advanced beyond that stage for six months now.

"Trump Keeps Pretending His Infrastructure Plan Is Real. It's Not." is from the June 08, 2017 Wonkblog section of The Washington Post. It was written by  Matt O'Brien and narrated by Sam Scholl.