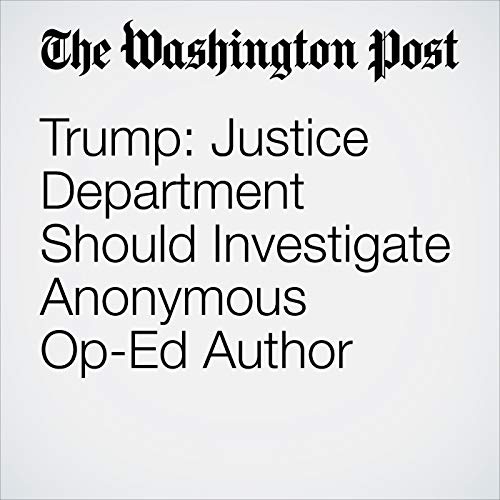 President Trump called Friday for the Justice Department to investigate the anonymous author of an op-ed depicting a “resistance” inside the government and said he is considering taking legal action against the New York Times for publishing it.

"Trump: Justice Department Should Investigate Anonymous Op-Ed Author" is from the September 07, 2018 Politics section of The Washington Post. It was written by Josh Dawsey andPhilip Rucker and narrated by Jenny Hoops.