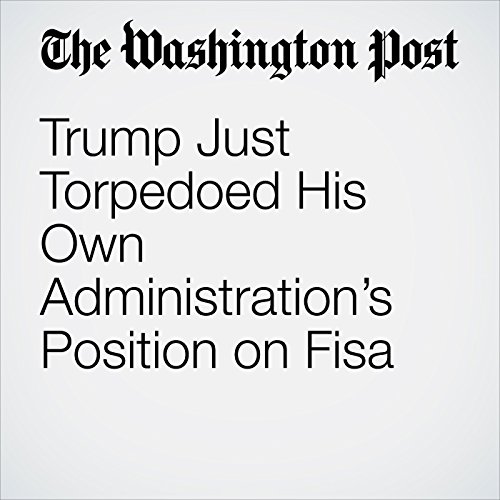 Trump Just Torpedoed His Own Administration’s Position on Fisa

During a week in which President Trump called himself a “very stable genius,” he has once again proved that the White House he inhabits is not a particularly stable place — thanks to him.

"Trump Just Torpedoed His Own Administration’s Position on Fisa" is from the January 11, 2018 Politics section of The Washington Post. It was written by Aaron Blake and narrated by Sam Scholl.