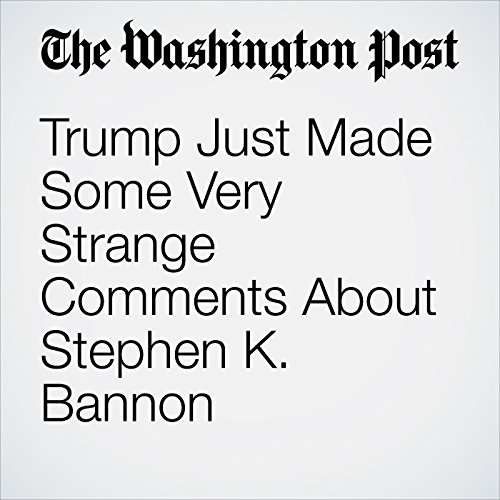 We don't yet know what Stephen K. Bannon's fate in the Trump White House is. But judging by President Trump's own words, it doesn't sound particularly good.

"Trump Just Made Some Very Strange Comments About Stephen K. Bannon" is from the April 11, 2017 Politics section of The Washington Post. It was written by Aaron Blake and narrated by Jenny Hoops.