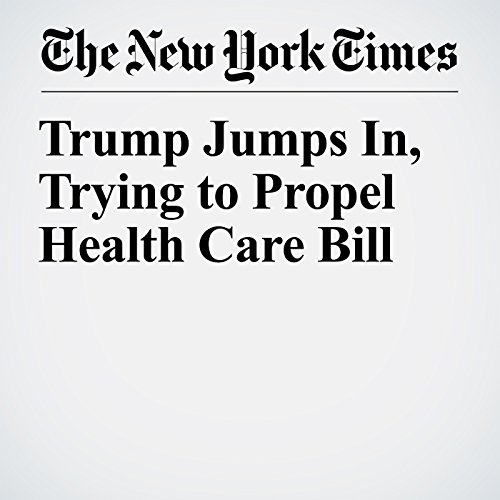 President Donald Trump, after a halting start, is now marshaling the full power of his office to win over holdout conservatives and waffling senators to support the House Republicans’ replacement for the Affordable Care Act.

"Trump Jumps In, Trying to Propel Health Care Bill" is from the March 10, 2017 U.S. section of The New York Times. It was written by Maggie Haberman and Robert Pear and narrated by Mike DelGaudio.