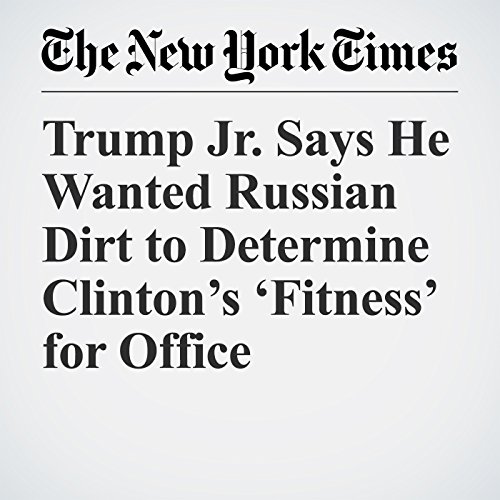 Donald Trump Jr. told Senate investigators Thursday that he set up a June 2016 meeting with a Russian lawyer because he was intrigued that she might have damaging information about Hillary Clinton, saying it was important to learn about Clinton’s “fitness” to be president.

"Trump Jr. Says He Wanted Russian Dirt to Determine Clinton’s ‘Fitness’ for Office" is from the September 07, 2017 U.S. section of The New York Times. It was written by Maggie Haberman and Matt Apuzzo and narrated by Kristi Burns.