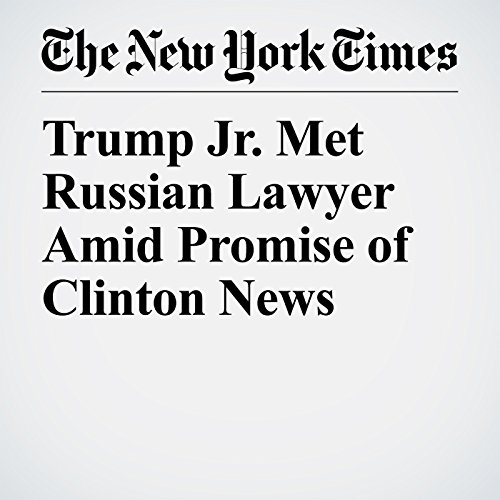 President Donald Trump’s eldest son, Donald Trump Jr., was promised damaging information about Hillary Clinton before agreeing to meet with a Kremlin-connected Russian lawyer during the 2016 campaign, according to three advisers to the White House briefed on the meeting and two others with knowledge of it.

"Trump Jr. Met Russian Lawyer Amid Promise of Clinton News" is from the July 09, 2017 World section of The New York Times. It was written by Jo Becker, Matt Apuzzo and Adam Goldman and narrated by Keith Sellon-Wright.