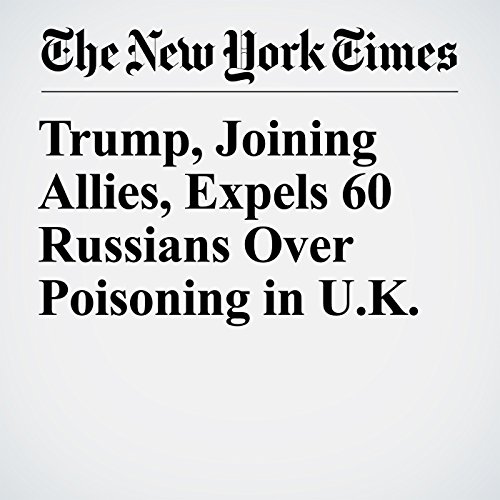 President Donald Trump ordered the expulsion of 60 Russians from the United States on Monday, adding to a growing cascade of similar actions taken by western allies in response to Russia’s alleged poisoning of a former Russian spy in Britain.

"Trump, Joining Allies, Expels 60 Russians Over Poisoning in U.K." is from the March 26, 2018 World section of The New York Times. It was written by Katie Rogers and Eileen Sullivan and narrated by Kristi Burns.