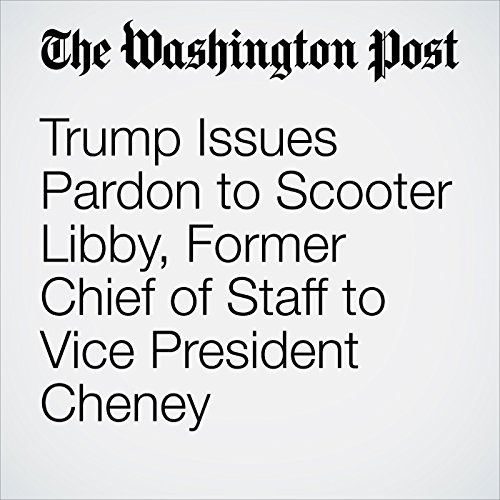 President Trump on Friday issued a pardon to Lewis “Scooter” Libby, a former chief of staff to Vice President Richard B. Cheney who was convicted of perjury and obstruction of justice in connection with the leak of a CIA officer’s identity.

"Trump Issues Pardon to Scooter Libby, Former Chief of Staff to Vice President Cheney" is from the January 00, 1900 Politics section of The Washington Post. It was written by John Wagner, Matt Zapotosky and Joshua Dawsey and narrated by Jenny Hoops.