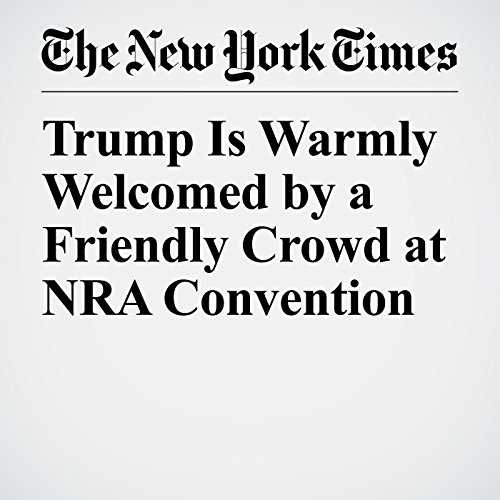 President Donald Trump received a thunderous welcome from thousands of gun lovers as he appeared here Friday at the National Rifle Association’s annual convention to thank the group for its unwavering support of his presidential campaign.

"Trump Is Warmly Welcomed by a Friendly Crowd at NRA Convention" is from the April 28, 2017 U.S. section of The New York Times. It was written by Michael D. Shear and narrated by Barbara Benjamin-Creel.