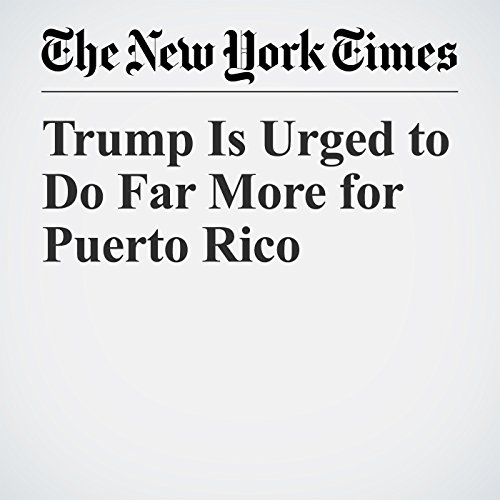 The Trump administration moved Thursday to step up its assistance to Puerto Rico more than a week after Hurricane Maria, appointing a three-star general to coordinate with agencies and vowing to give the island all it needed as aides tried to stave off comparisons to the response to Hurricane Katrina more than a decade ago.

"Trump Is Urged to Do Far More for Puerto Rico" is from the September 28, 2017 U.S. section of The New York Times. It was written by Helene Cooper, Julie Hirschfeld Davis and Jack Healy and narrated by Mike DelGaudio.