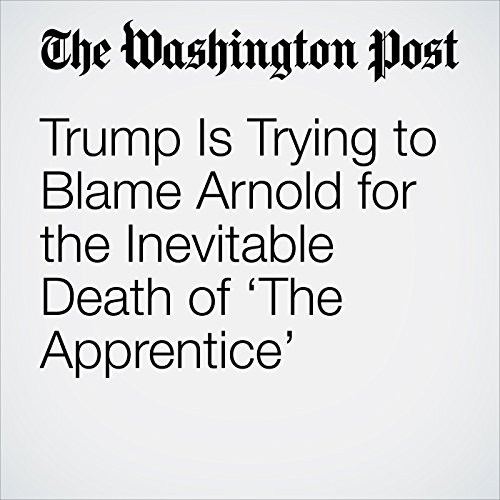 We should predicate discussion of this feud by noting that there is a decent chance that the whole thing is contrived. The former governor — Arnold Schwarzenegger — is in charge of getting good ratings for NBC’s The New Celebrity Apprentice. The president — Donald Trump — mentioning the show in any context probably helps to that end. Trump, of course, is still an executive producer of the show, so he has competing interests: He’d like it to do well, but he’s also probably happy to have it be doing worse with someone else as the host.

"Trump Is Trying to Blame Arnold for the Inevitable Death of ‘The Apprentice’" is from the February 03, 2017 Politics section of The Washington Post. It was written by Philip Bump and narrated by Jill Melancon.