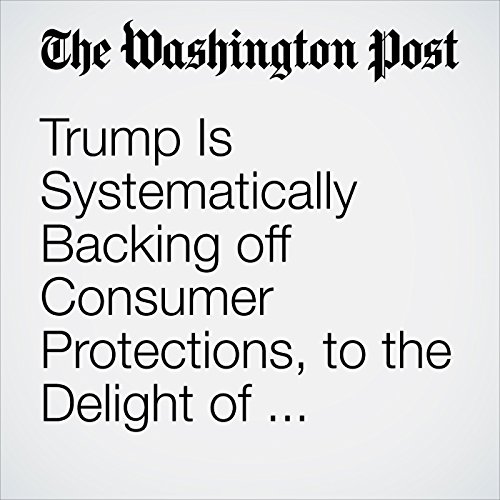 President Trump and the regulators he appointed are taking a far less aggressive approach to consumer protection than their predecessors, delaying key regulations and imposing fewer penalties against financial institutions and other corporations accused of wrongdoing, according to a Washington Post review of available data and interviews with consumer advocates and government officials.

"Trump Is Systematically Backing off Consumer Protections, to the Delight of Corporations" is from the March 06, 2018 Business section of The Washington Post. It was written by Renae Merle, Tracy Jan and narrated by Sam Scholl.