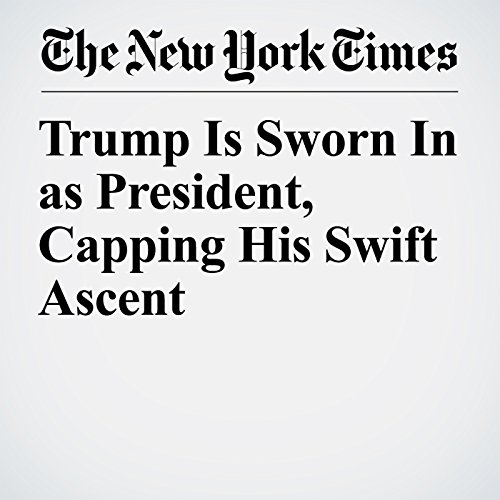 Donald John Trump was inaugurated as the 45th president of the United States on Friday, ushering in a new and more unpredictable era in which he has vowed to shatter the established order and restore American greatness.

"Trump Is Sworn In as President, Capping His Swift Ascent" is from the January 20, 2017 U.S. section of The New York Times. It was written by Peter Baker and Michael D. Shear and narrated by Corey M. Snow.